If you find the picture above is creepy or even scary, no worries, it is just a sculpture. This sculpture is called momo, an artistic rendition of Japanese folklore monster, created by artists Aisawa Keisuke. The creepy face is now the poster girl of the infamous “Momo challenge”, so what exactly is this Momo challenge.

What exactly is Momo challenge?

Having taken roots in Japan, the challenge is now running rampant throughout social media and communication app such as WhatsApp. Users who wish to participate this challenge have to call an untraceable number obtained on social media website, upon calling the number, Momo will establish a video call instead. Depends on the user, Momo will either instruct the user directly through the video call or through WhatsApp text. Instructions for odd challenges such as waking up at hour, subsequently instructions of self-mutilation and finally suicide. According to a YouTuber, Mind Seed TV, Momo established a video call. Finding out that the YouTuber is a full grown adult, the call ended, but the creepiness did not end there. Momo sent a WhatsApp text to Mind Seed TV, claiming that she knows he is in Florida and she will soon visit him, Momo then blocked Mind Seed TV on WhatsApp, no other known instructions have been given.

According to many social media post, the Momo challenge mainly targets children or early teenagers and they have to film the attempts and sending it back to Momo through WhatsApp. Refuse to complete the challenge, Momo will then threaten to hurt or kill the user, same will be done if the child or teenager attempt to report this to the parents or authorities. Sometimes Momo sends pictures of scary monsters and scene grotesque accident, it was made even creepier that Momo can tell where you are located and even who are your friends and family.

Similar to another incident called “The blue whale challenge” back in 2015, a challenge that many Russian teenagers took part and ended their lives. It is not a surprise that these challenges are targeted at children because it is very likely that children will be so traumatised and then adhere to Momo’s demand. However, this is where we start to see the oddities in the whole Momo challenge incident.

How it all started

Other than the exhibition held in Tokyo, in the year 2016, the first-mentioned cased of Momo challenge was on July 2018, on Reddit forum user named “r/creepy”, a subReddit dedicated for creepy stories and images. It went viral for a while and had since gone under the radar, until February 2019. Random phone numbers were found online and curiosity caught the better of younger users, now it is a dangerous phenomenon.

This is the part of the story that starts to fall apart. The users are supposed to film the attempts on all the challenges and sending it to Momo, this means that there are online activities and exchanges of content. Anyone who well aware of the internet, or even people who are not sure how works, anything that goes online can be found somewhere. If that content is something so grotesque, disgusting and dangerous, we should be able to see it somewhere online, especially this challenge is supposed to be completed and sent to Momo online. What is interesting is that we did not even come close to see a trace of such content online or circulated through online communication app, despite the fact that anything can spread online like , faster than you would .

Another oddity of the Momo challenge is the timeline of its viral video. It is unclear when is the exact date that such trend went viral, but many people and news outlet assumed to be around early February. However, if you look at all the possible search results on YouTube or any other search engines, the uploaded date ranges between late February and early March. Not only that, the videos of Momo threatening you are different from one another, there isn’t a similarity to the nature of the videos rather than creeping audiences out. Lack of similarity and incorrect upload date immediately rings some alert bell if you analyse them systematically.

Assumed that such challenge has done its damage, we should see public outcry and outrage from the parents and everyone who cares. However, other than some concerns shown on news outlet and tabloid outlet, there isn’t a large number of credible report of Momo challenge. There was one reported case in Bueno Aires Times, a 12-year-old girl committed suicide, and authorities are investigating if her death was inspired by the Momo challenge.

This is also another oddity, in early 2018, the world was shocked by the “Tide pod challenge”. Tide pod challenge is a simple challenge game that participant eating a tide pod, a form of laundry product. Just in January 2018 alone, U.S has more than 37 reported cases of teenagers eating tide pod and sent to the hospital. Public, parents, in particular, were enraged at such a dangerous act being viral online, some even encouraging others to follow suit. Yet, we have not seen similar outrage regarding the “Momo challenge” on the date of writing this article. It does spark the credibility of such a challenge even exist.

Despite the credibility of the Momo challenge, the danger it possesses is still real and this is why. Parents or adults who are responsible for their phone, you need to ensure you don’t auto download any pictures or videos onto your phone, a common tactic used by the hacker. Any anonymous sources that you don’t trust send you anything can contain malware, this allows the other end user to embed it into your phone, allowing the hacker access to everything inside your phone, even remote access it and your input to your phone will be ignored. Once it gains access to your social media, GPS and other important feature, the hacker can determine where you are and who are your friends and family, exactly the same tactic used by Momo mentioned above. The scary thing is that the accuracy is extremely high, there are some cases in Taiwan where criminals made use of the information to abduct children from parents, by determining what time the parents send their child to school and the address of their school.

Even though Momo is not real and the challenge may not be real as well, but there are people who imitate the Momo challenge and ride on the wave, attempting to gain some form of notoriety, and this kind of imitation is not uncommon in history. Internet users have to take extra care of such notoriety seekers.

Parents also have to be aware of your children’s entertainment, educate your children about internet safety. The Momo challenge is extremely suggestive towards children, and typically children are more open to psychological suggestion, that is why children and teenagers are more vulnerable towards this dangerous challenge. Also, as children nowadays are more active online, but there is not enough education about internet safety, parents should be well aware of what can be potential scams or even dangerous challenges like the Momo challenge, ensuring that your children don’t become a victim of such activities.

Life is precious, please treasure them

Having said that, it is all speculation and my own inductions, it does not reflect the actual findings from the authorities. At the same time, we do not condone self-mutilation and suicide, we condemn such act and anyone who even suggested it to another individual. If you know someone or yourself, are suffering from self-harm or having thoughts of suicide, please talk to someone else to ease yourself, or you can contact the following numbers to seek professional help. Many self-harm and suicide thoughts can be ease off by talking to someone else, let help you. 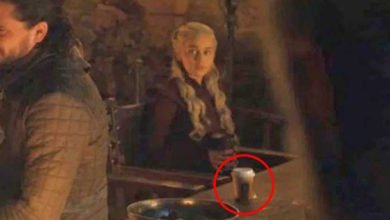