2020 did not start off well, a huge pandemic broke out in China, officially named Covid 19. This pandemic quickly spread throughout the globe, at the time of writing this article, there are more than 75000 infected patients around the world, and most of them are concentrated in China. Beside Covid 19, Avian flu H5N1 and Swine flu also broke out in China, further devastating the middle kingdom.

The key to solving any pandemic is containing the outbreak, and containment is the first crucial step towards that goal. However, society and human behavior is often the obstacles in containment. Scientists wish to have realistic research data and not just simulation, but they cannot expect a real pandemic to happen every year just to research on human behavior in a pandemic. Lucky for many scientists, in 2005, there is a “virus outbreak” that killed millions, created chaos, able to provide realistic data to researchers and yet has done no damage to our world. Yes, it is a virtual pandemic and many of you might have guessed it, it is the infamous World of Warcraft’s (WoW) corrupted blood incident.

A Trip Back to The Past

Some years ago, Massively Multiplayer Online Role-Playing Game (MMORPG) is gaining its most iconic entry in the genre, World of Warcraft (WoW). WoW is a game set in the same world as Warcraft, developed by Blizzard Entertainment and released in 2004. WoW is one of the most popular and highest-grossing MMORPG of all time, with a record of almost 100 million registered accounts by 2017 and grossed more than nine billion dollars by 2017, it is very clear that gamers are in love with this game. I was one of the many players, until I broke my computer, gave me a reason to stop playing.

In 2005, Blizzard released a new raid, Zul’Gurub as an update. At the end of every raid, there will be an end boss for players to attempt battle, players will have to defeat the end boss in order to win the raid. In Zul’Gurub, the end boss is named Hakkar The Soulflayer and he is the main reason for this online epidemic.

At the end of the raid, players challenge Hakkar to a battle. Hakkar has a spell named “Corrupted Blood”, which will inflict upon players like poison, they will suffer a fixed amount of damage over time. To make the fight harder, “Corrupted Blood” is contagious among players. If any player is too close to the infected player, the spell will infect the next player, so on and so forth. Low-level players will be killed within seconds, while high-level players can sustain the damage longer, healing spells may also help to prolong the damage long enough of “Corrupted Blood” to subside. Thus, one of the strategies to defeat this boss is to constantly shift position and to ensure other players don’t get infected with “Corrupted Blood”, while healers continue to heal anyone that was infected with the spell.

Developers programmed the spell to be purely contained in the raid, either the infected players died in the raid or the spell goes away upon the end of the raid. However, like many other games, there are bugs or loopholes that developers may have overlooked. Classes such as “hunter” and “warlock” may have their pets out to assist them during the battle, and their pets may also be infected with “Corrupted Blood”. Hunters and warlocks can dismiss their pets into their inventory and continue the battle, however, this is the genesis of the epidemic. After being dismissed, infected pets still retain their status of “Corrupted Blood”, the timer will be frozen as well. When the infected pet was summoned into the world after the raid, the infection begins. Hunters’ and warlocks’ pets started to infect players in the cities and towns, even Non-Playable Characters (NPC) were infected as well. Many low-level players were killed within seconds before they even realized what was happening, the death of NPCs made submitted the completed quests impossible. Although deaths in MMORPG is not permanent, but the inconvenience proved to be a serious enough issue for Blizzard to fix the bug as fast as they can.

Epidemic Spreads Throughout The Continents

Many players were shocked that when they logged into the game, they were almost immediately infected with “Corrupted Blood”. With many low-level players dying left and right, high-level players thought it might be a regional bug that they are experiencing. They start to use teleportation spell to travel to other in-game cities. Unbeknownst to them, they are bringing the spell to other cities and infect even more players in that city, causing more deaths to players and NPCs alike.

Since this is a virtual epidemic with no real-world damage, there are players who are essentially “agents of chaos”. These players went to the infected cities, getting themselves infected, then travel to other cities to infect even more players and NPCs, spreading to even other affiliation or even safe havens. This act further created more chaos among players and developers are working hard on fixing the bug.

If there is a shadow, that means there is light. Some players decided to gather everyone that was infected with “Corrupted Blood” in a big city, while making sure those not infected stay away from the quarantined cities. As there is no known method for the players to fix the epidemic, unlike in real life, the only way to stop the spread is to allow infected players and NPCs to die off and respawn. It finally ended when Blizzard did a reset on the server and apply fixes to the bug, making pets to unable to get infected with “Corrupted Blood”. This epidemic lasted one week, despite not a real-world epidemic, the behavior of many players has made scientists take notice of this incident, reaching out to Blizzard in order to research this even further.

A virtual world epidemic, a bug in a game, normally only garners attention from gamers and anyone dabble in the gaming industry. However, the behaviors portrayed by the players caught the attention of scientists and researchers in the CDC and various agencies, as it provided a significant statistic data and research model for them to utilized to understand real-world problems.

In March 2007, an epidemiologist physician from Ben-Gurion University of the Negev, Ran D. Balicer, published an article in journal, citing the similarities between the Corrupted Blood incident and the recent SARS and avian influenza outbreak. Specifically, he is referring to the Corrupted Blood incident to a real-life epidemic. Similar to a real epidemic, it was first started in a remote and uninhabited area, through contact with human and animals, it was brought out of the remote area and start spreading among crowded communities. Just like in the real world, some of the infected people were asymptomatic and yet continues to spread the infection around the community. The infection is then finally taken notice by the authority and the people, but many times, it was a little too late to contain a widespread infection.

Once a community spread occurs, communities then start to quarantine the infected in a specific area and reject anyone else to enter the area until the epidemic was over. However, there will be people entering the quarantined area for various reasons, then get infected and bringing the virus out of the quarantined area, spreading it even further to any remain safe havens. In real life, some of these people may be members of the media reporting the epidemic in the region, or there are people with power and authority who enters to supervise the control. Not to mention there are records of people leaving the infected area while hiding their symptoms, so they can avoid being quarantined, unbeknownst that they are making the containment of the epidemic even more difficult than it already has.

Outside of medical and epidemic researches, there were even analysis conducted for terrorism. Charles Blair, the deputy director of Centre of Terrorism and Intelligence Studies, stated that the Corrupted Blood incident provided a new method of studying how terrorist cell group forms and operate, referring to the players who spread the “Corrupted Blood” around the virtual world of WoW. He mentioned that because WoW involved real people making real decisions while bound with a certain limitation, a realistic model for military intelligence analysts.

Despite all the various agencies using the incident and even the game as a research model, Blizzard stated and still maintains their position that WoW is a game, not designed to mirror the real-world or any aspect of the real world.

Connecting The Dots to The Current Covid-19 Epidemic

If any readers are up to date to the current reporting of the Covid-19 epidemic, the Corrupted Blood incident is scarily accurate to what has happened. The infection was first thought to be in a seafood market, where there were raw wild meat being sold, believed to be the origin of Covid-19. Although the identity is still unknown, patient zero then start to spread around the area, spread to more people around him or her, which then slowly became a community spread of the virus

When there was a community infection in Wuhan and various cities in China, the authority then went ahead to shut down the borders in various provinces and cities, only allow certain groups of people to enter and exit the area, in the effort to contain the virus. Coincident, the outbreak happened during the holiday period and before the Chinese New Year period, then there were asymptomatic infected people travel around the world, bringing the virus all over the globe. As of the time of writing this article, there are more than 30 countries being infected with Covid-19, with China having the most infected cases. There were even a few cases where people hid their symptoms so that they can continue with their holiday in foreign countries, but they were unknowingly spreading the virus out of their home country.

The human behaviors of the community, the authority and the rich, were all observed 15 years ago, not to mention it is still accurate to the finest detail.

Solving The Epidemic With The help of Everyone

Like the developers from Blizzard, the key to solving the epidemic is to develop a new and effective vaccine as soon as possible, while containing the infected patients in a quarantined space. It is quite lucky that we don’t need a “reset” to our world to get rid of the virus.

Unlike in a video game, there are no respawn if we die from the infection. Everyone should ensure that they are healthy and avoid anything that may endanger them to any infection, these are some of the guidelines provided by Singapore’s Ministry of Health. 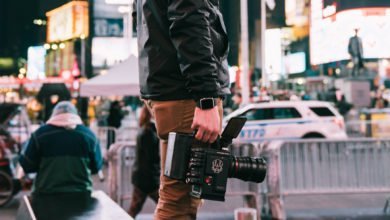