Last week, between 20thand 27thof September 2019, the world one of the biggest strike by young children and students. However, they are not going on a strike against any government, but our approach against their future, they are to how we tackle the biggest issue faced by humanity, climate change.

What is climate change?

Climate change is an observed phenomenon when the climate system of the earth changes over a period of time, which ranges between a few decades and a few million years. During this change, new weather patterns can be observed as well, such as frequent rainfall, stronger hurricane and longer droughts.

Climate change over the years

Scientists from The National Aeronautics and Space Administration, or NASA, has been recording and analysing the global temperature and the results are traumatising. According to the ongoing temperature analysis from NASA’s Goddard Institute for Space Studies (GISS), the global temperature of the Earth has increased by about 0.8 degree Celsius since 1880, majority of the warming happens after 1975, at a rate between 0.2 to 0.4 degree Celsius per decade.

It may not seem like much, almost 1 degree Celsius after decades, but let us use an analogy. Imagine boiling water from a small saucepan, it only needs a small cooking stove to bring the water to a boil. Now, we increase the amount of water and increase the size to a gigantic cauldron you see in a professional kitchen, now you need a big stove and strong flame to boil the water. This analogy is to demonstrate an understanding of the amount of energy required to heat up earth, it is incredibly huge to increase 1 degree Celsius across the planet.

To add to the credibility of such a claim, this graphic from NASA also shows other independent agencies’ record of the global temperature. The agencies are Met Office Hadley Centre/Climate Research Unit, National Oceanic and Atmosphere Administration (NOAA) and Japan Meteorological Agency. What was scary from their 2014 record, as shown in the graph below, the results are terrifyingly similar to one another, proving that the increase of global temperature not only is a hard truth but also as urgent as it should be.

What causes this man-made climate change?

There are several causes of climate change, but most scientists agreed that caused the current climate change. According to NASA’s website, the number is as large as 97% of the world scientists all agreed that climate change is real and it is the biggest crisis faced by humanity as of now. It is also quite agreeable to most scientists that the increasing usage of fossil fuel after the post-war era contributed to the increase of greenhouse gases. According to NASA, the usage of fossil fuel was 5% per year, accompanying the aerosol.

For many that are not informed about fossil fuel, it is the most prominent energy source, as of now, to power everything we are using right now. However, many people do not know about the effects of burning fossil fuel on the environment. Burning fossil fuel will produce carbon monoxide if burnt incompletely and carbon dioxide if completely burnt. Carbon monoxide is poisonous and is fatal if a person breathes in a large amount of it, Carbon dioxide is responsible for global warming as it traps heat on earth rather than radiating out into space, which will then lead to melting ice cap and more forest fire.

Not to mention the pollutant released as by product from mining and oil drilling, which further destroy the environment and livelihood of the people around the area.

In August 2019, the Amazon wildfires shocked the world. Being named “Lung of the world” as it provides 20% of the oxygen on planet Earth, and it is on fire. Granted that it was a man-made fire to clear land for corporate monetary gain, there are other forests were or still on fire. Around the same period, Alaska tundra and Siberia forests were burning as well. For our readers’ information, these are some of the coldest places on Earth, and they are on fire. The plantations in these regions are not resistant to high temperature and so it burns rather easily if the temperature were to be higher than the norm, which also means wildfire will be more frequent than usual in the future.

Precipitation pattern will also change, drastically even in some region. This means that rain will be less predictable, heavier rains in some area and less rain in the others. Rain period will also lengthen and shorten in a certain region. We can already observe the increase of rainfall in Singapore and the effects of such event. According to National Climate Change Secretariat, or the NCCS, The average annual rainfall has increased from 2192mm in 1980 to 2727mm in 2014, a rather alarming data to be observed. The increased rainfall will cause our water drainage system to be overwhelmed and leads to flash flood. If the rainfall of that year were to be lower than usual, or a drought to happen in the region, it will severely affect Singapore’s water supply.

Despite what we can observe right now is terrifying, the scarier fact is that our next few generations will be the one that suffers the worst catastrophe that our planet has ever faced. It is the same reason why many young students conducted their climate change rally, they are afraid that they would not have a future if the planet is destroyed.

What can we do to help mitigate climate change?

Although a small country, Singapore can still contribute to fight climate change and save our planet.

According to NCCS, Singapore is working on sectoral measures to reduce carbon emission by 2020, despite some measures might extend further beyond the year 2020. The graph is as below.

As Singapore is a small island country, we have limited access to renewable energy and clean energy, but that does not mean we stop any measures to cut down the burning of fossil fuel. According to Prime Minister Lee Hsien Loong’s speech at the United Nation (UN) on 23rd September 2019, Singapore is working towards having 80% of all buildings in Singapore to “go green” and 90% of peak-hour commuting by public and/or shared transport, further increase the energy efficacy. Large solar panel and natural gas are also considered to provide energy outside fossil fuel.

As citizens, we can contribute by reducing and reuse materials as much as we can, especially materials such as plastic and any other non-biodegradable materials. We can also help to reduce carbon emission by using public transport more often, 20 people on one bus are better than 1 person in 1 car. Alternatively, you can also use a bicycle or other similar transport systems to traverse, you will be able to reach your destination and workout at the same time, and it is a win-win situation.

Although there are very limited things we can do to help combat climate change, but we can help to influence our neighbouring countries to do the same, not for any political agenda or benefits, but for the well-being of our next generations and our only home, Earth. 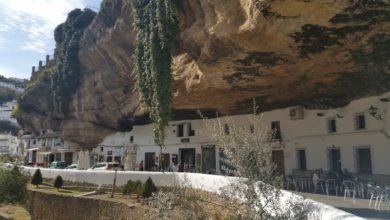 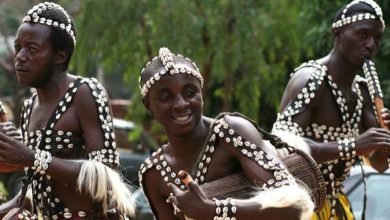